The construction of the Abbey of Cluny began around the year 1088 and it was for nearly 500 years the largest church in Christendom. It has been outpaced only by () St. Peter’s Basilica in Rome.
In 1790, after the French Revolution, the abbey was sold and served as a stone quarry… Only a small part of the original remains. 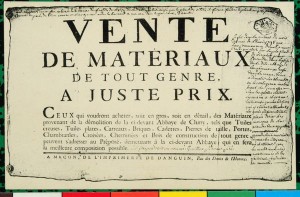 In 1992 a short film “Mémoires de pierre” produced by IBM showed the first 3D reconstitution of the Cluny III abbey. The simulation was realized by Christian Père and two other students of ENSAM engineering school.

In 2003 the Institut Image/ENSAM and the French National Monuments (CMN) decided to make a new short stereoscopic film named “Maior Ecclesia“. We both worked on the film and the permanent installation. “Maior Ecclesia” is a 1840×768 HD 9’56″ movie. The projection space is designed to show the virtual simulation at scale 1 and uses 4 projectors (blended and overlapped). We worked mainly on the lighting simulation. We used global illumination intensively, making it possible to illuminate the scene with only one light source : the sun. The result is a photorealistic simulation of the “atmosphere” of the church.