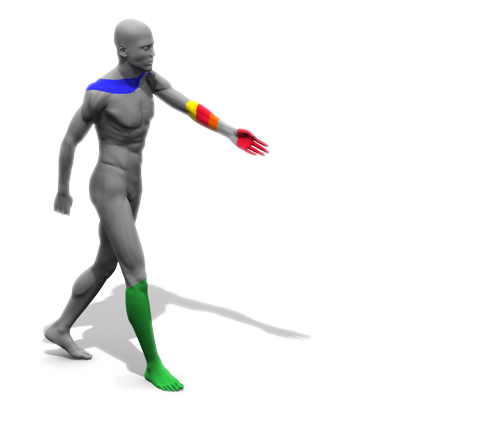 Interactive Video Lightmapping (IVLm) is an augmented reality technique which uses Video mapping applied interactively to mobile stages with the purpose of illuminating the real scene with virtual light sources.

Augmenting – with the meaning of “augmented reality” – actors, stage and moving objects with a real time projection.
As demonstrated by a large number of video mapping installations (1) (2) (3), it is possible to use video projectors to reshape the illumination of a space independently of the position of the projector. Knowledge of the real scene geometry makes it possible to re-illuminate the space with virtual light sources and even change the volumes via virtual shadows.
Video mapping experiments currently take place in real static spaces. With the IVLm we propose to work in real spaces where objects and actors can be mobile.

Apart from video mapping work that has already been highlighted, we can cite the works of Klaus Obermaier (4) which overlays video projection and moving performers. In his shows Klaus Obermaier works in 2D through video recordings and Edge detection to map the different projection planes in real time. With IVLm we work in 3D space.

The IVLm has direct applications in the performing arts and visual arts for lighting and entertainment facilities. The concept in itself opens up new horizons in the field of lighting design.

The Video Mapping technique is limited to projections on static scenes or 2D planes. This limitation arises from the difficulty of capturing geometry of the scene in real-time. Lately we have seen major advances in the technologies of 3D time-of-flight cameras. These new cameras are undoubtedly the key to the possible development of a prototype of IVLm.