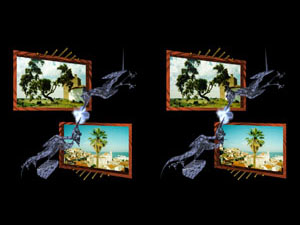 photoSynthèse #2 is the second  work of the photoSyntèse exhibitions series. It’s the result of a work on stereoscopic vision both in the  photographic and  the virtual space. 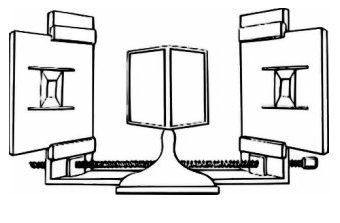 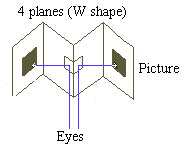 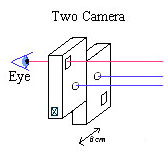 In 1998 I took these pictures with two disposable cameras side by side and a really primitive handmade trigger-synchronization system.

The pictures were exhibited in pairs using Wheatstone’s stereoscopes. This type of stereoscope is really simple and well suited to exhibitions.

As these pictures are designed for stereoscopic vision the graphic composition of the flat images can feel a bit messy. Please take some time to look at the low resolution stereograms using parallel viewing (look far away to generate a third image in the middle).

This exhibition was shown at: