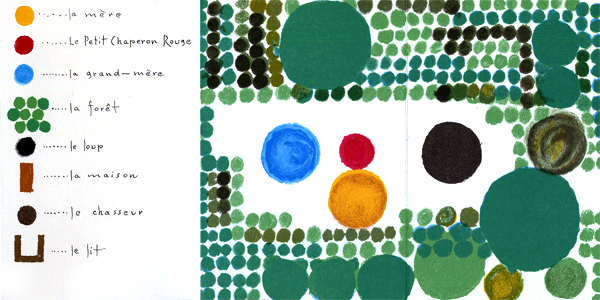 L’atelier des Images is a workshop by Louis-François Fléri premiered at the Nicephore Days 2003.  It is inspired by the work of Warja Lavater on the Imageries.

An Imagerie is a book consisting of a single page measuring more than 4 meters long which is folded in the shape of an accordion. Once unfolded  it’s like a fresco, revealing a story, but not a written one with letters, instead it is told with simple geometric shapes, each one representing a word. The magic of the Imageries is that it can be read and written by children who don’t even know how to read or write. This is a fantastic pedagogical approach to language abstraction. 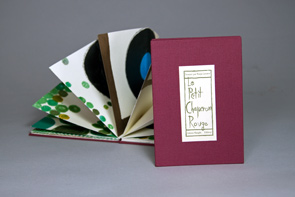 The workshop was built around four tables each equipped with two touch screens. The screens were positioned horizontally so that the children could create the story together. The smaller screen is the palette, where the words are created. The big screen is the book where the stories are written, similar to a storyboard. The software is designed to be a Natural User Interface, meaning that the children don’t need any previous knowledge about computers (no menu, no mouse, no keyboard). Only take and lay-on with the finger.

New technologies and iconography language in the creativity process (51.6 kB)